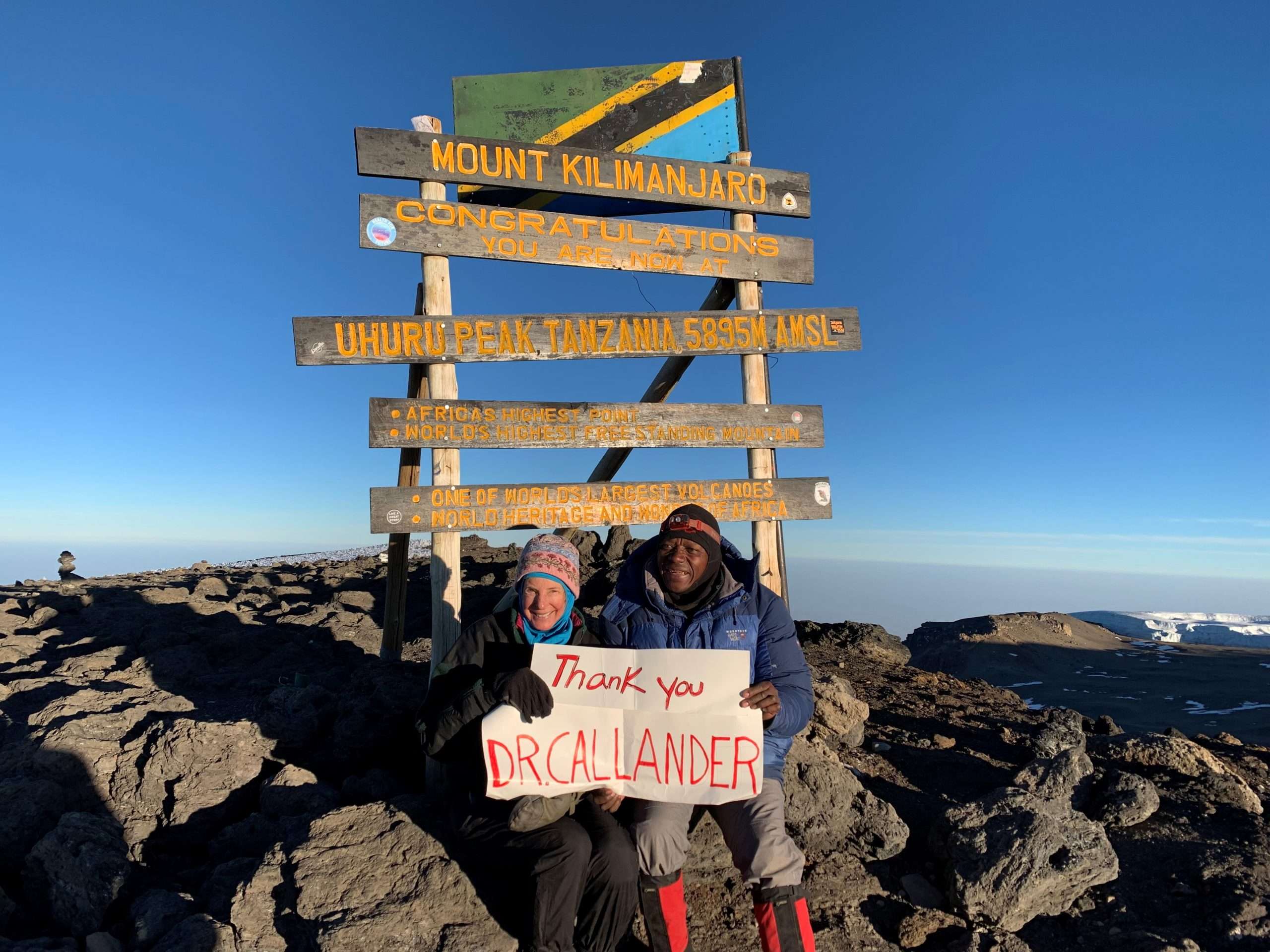 At 68 years old, Laurie is an active weekend warrior who has always wanted to climb Mount Kilimanjaro, but the only thing stopping her from doing so was her constant knee pain.

“I am always active, I love hiking and doing yoga, but one day I began to feel so much pain in my knees. Even walking on flat surfaces, it was much more painful,” said Laurie.

As soon as Laurie’s knee pain progressed, she came to our office and scheduled an appointment with our office to have her knee evaluated.

After multiple appointments with Dr. Callander and his team, it became clear that she needed to have surgery.

Our team helped to prepare Laurie for her surgery by consulting the surgery process and sending her our surgery packet.

With the help of physical therapy, her recovery went very well. In an interview with Laurie, she said, “After my recent surgery, I did physical therapy to recover and it went smoothly.”

After being fully cleared to resume a full range of physical activity, Laurie was looking forward to pursue her athletic endeavors such as summiting to the top of Mount Kilimanjaro.

Preparing for the journey involved training her physical endurance and being in shape for a total of six months.

“I have always wanted to do it and took me six months to prepare for it,” said Laurie.

On the 50 mile trail up and down the mountain. she says her journey was fantastic.

“It was amazing and so incredible, I can’t even tell you. The hike took seven days going up to reach the top of the mountain and two days going back down. Throughout the entire time, I did not need ibuprofen to relieve any pain.”

Laurie has returned to her hometown and is looking forward to planning her next adventure. Thanks to Dr. Callander and his staff, she is very excited to travel.

“I am hoping to go horseback riding in Africa in the near future and am truly excited to be even more active because of how great my knees are doing!”